I had a nice time at YALSA Symposium but was glad to be back for storytime. This week, B was for Boxes! Is anything more fun for open-ended play than a box?

This pop-up opposite book made us all giggle.

Bear finds the “greatest thing ever,” a tiny box that he wants to give to his friend Mouse. However, none of their other friends think it’s great at all. Bear gets discouraged, but Mouse turns out to think that the box–just the right size for nesting–is the greatest thing ever, indeed. 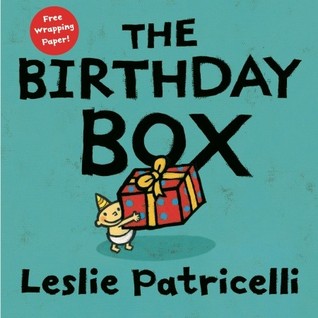 The Birthday Box by Leslie Patricelli

A diapered toddler gets a birthday present, and when he unwraps it, he decides the box and not the stuffed dog inside is his gift. Similar to Not a Box by Portis.

Sitting in My Box by Dee Lillegard

Similar to The Mitten, this story shows a little boy getting shoved farther and farther over in his cardboard box as wild animals show up and crowd in with him. Finally a flea hops in and bites every animal, and he gets his box all to himself again. However, he was reading about wild animals the entire time. Were the animals real or imaginary? Who knows?

I Had a Little Turtle

We didn’t do an actual flannelboard this week. Instead I filled a cardboard box with puppets and plushies and gave the kids hints to see if they could guess the animal or object before I pulled it out. After storytime, we all played with the puppets.

We have a die that cuts out little gift boxes you fold up and glue together. The kids decorated their boxes (one of them made her a ship!) and folded/glued them with a little adult help in some cases.

I had a very small, mostly very young crowd, so the guessing game was a little hard for them. They liked the rhymes but mainly wanted to jump up and down a lot in the first one and clap a lot in the second one. All the books went well, but I wound up having Sitting in My Box and Thank You Bear back-to-back, so we did animal noises two books in a row. We have read so many books involving animal noises this season, I think we’re all getting worn out on the mooing and the roaring.

Next week is my zero-program Thanksgiving week, but the week after that I’ll be back with Before and After!