Initially, I wanted to use a Bugs theme for a storytime during summer reading, but I had trouble coming up with a science experiment or demo that was simple, bug-intensive, and easy for a large group to see. I had some thoughts about exoskeleton demos, but all of them seemed a little violent for storytime. In the end, I put the theme off until fall, but I wanted to do it early while temperatures were warm enough for bugs. This week turned out to be a good choice; we’re having a resurgence of summer heat and the creepy-crawlies are everywhere.

For this storytime, I used our Bugs Kit, the only non-holiday kit I had not finished revamping. I used one book (Some Bugs) that did not come from the kit.

This kit has so many puppets that I was able to have a whole host of them ready to introduce each story!

Some Bugs by Angela Diterlizzi 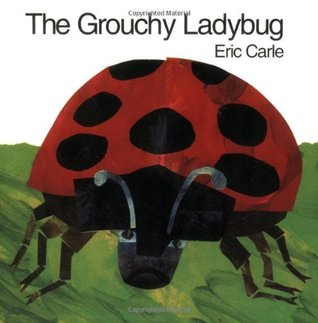 The Grouchy Ladybug by Eric Carle

A grouchy ladybug picks a fight with another ladybug, but when the other ladybug scares it, it claims it needs a bigger opponent as an escape strategy. It picks progressively bigger fights, weaseling out of all of them, until it meets a whale and gets slapped by its tail so hard that it’s knocked all the way back where it started and into a much more humble mood.

Concepts: Size. Time (not something I emphasized with this age group). Manners. 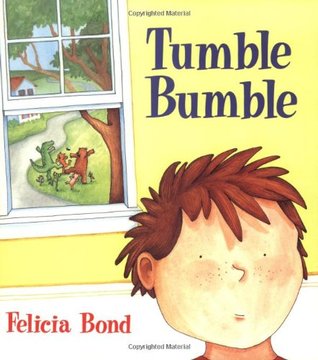 One by one, a bug meets several new friends including a pig and a crocodile, and together they all sneak into a house, steal food, look for bears, and take over a kid’s bed. He’s inexplicably happy to see them when he gets home, and they all make friends. This would be a great lead-in to Ten in the Bed. 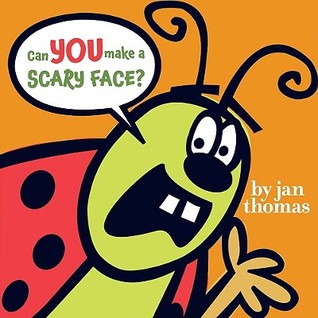 Can You Make a Scary Face? by Jan Thomas

A loud mouthed bug leads readers in a rousing session of make believe, but when he imagines a big green frog, he finds out reality and fantasy sometimes intersect.

The Bugs in the Garden (Tune: The Wheels on the Bus)

I also had Itsy Bitsy Spider ready to go, but between the welcome song, the sneezing for the flannelboard, and Can You Make a Scary Face?, we had plenty of wiggle time.

Our ladybug die has holes pre-punched, but that didn’t give anyone pause as we pressed our fingers onto stamp pads and then used our prints to make ladybug spots! This one is mine. The kids had much more creative color schemes for their bugs.

I had to skip several pages in Grouchy Ladybug because it’s intended for an older audience, but that seemed enough of a change to make it suit this age group. Tumble Bumble usually gets a laugh, but I think these two groups were weirded out by the thought of coming home to a bed full of strange, toothy animals. The other two titles were well-received, and everyone loved sneezing with the flannel board. The craft was a great hit because we all love getting ink all over our hands and making fingerprints! I had plenty of wet wipes on hand to clean little hands afterward. A nice plan overall, and I’m happy to finally have a better flannelboard set in our Bugs Kit!